Alaska Legislators Fly to D.C. on the Taxpayer’s Dime 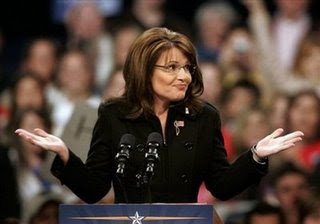 This will be a very slow week in the Legislature, with nearly half the Senate and at least 25 percent of the House headed to Washington, D.C., for the annual Energy Council confab.

There are no committee meetings scheduled in Juneau on Thursday or Friday.

Energy Council is a get-together of legislators from energy-producing states and Canada to talk oil, gas and the like. The Alaska Legislature has always pretty much shut down every year at Energy Council time, a practice that continued after voters shortened the 120-day sessions to 90 days a couple years ago.

Legislators say it’s a chance to hear speakers, read reports and talk to federal lawmakers and regulators. The state pays the costs of the trip, and at least 19 of Alaska’s legislators are heading to Washington for it this year. The full costs won’t be clear until the lawmakers apply to the state for reimbursement.

Here are the state representatives approved by the speaker to attend the Energy Council:

Others might be going as well. Reps Kawasaki, Tuck and Buch have excused absences from session.

Here’s the list of state senators who are going:

Of course, Ramras and French would be the same people whining if Governor Palin had decided to fly to Washington D.C. for the NGA.

My question to the legislators is this: Why are you ignoring the needs of Alaskans to enjoy taxpayer funded trips to Washington D.C.?

UPDATE by Ramrocks: Of course, it’s perfectly reasonable for the AK legislature to fly to D.C. It’s simply annoying that the governor is not allowed to leave the state without causing the political equivalent of a volcanic eruption.