Well, there she goes again.

Governor Sarah Palin has once again planted her stiletto into the backsides of the energy community to jolt them into movement on a pipeline for Alaskans.

This project has a lot of similarities to the pipeline that is to be built between Alaska and Canada. The Canadian hub will then flow the Alaskan natural gas directly to the United States.

Most of us have heard of this project and know it as the Alaskan Gasline Inductment Act, or AGIA.

One of the most misunderstood and misreported facts about Governor Sarah Palin is her leadership ability. The AGIA legislation is perfect proof of what she is capable of.

Since Alaska became a state 50 years ago, Alaskans have heard about a pipeline that will move its natural gas to US markets.

For 50 years the government of Alaska has failed at this task.

With the leadership of Governor Palin a pipeline will happen. There is absolutely no doubt in my mind that after 50 years the pipeline will finally become a reality.

There is some consternation about which private pipeline will be built first. The TransCanada TC-Alaska pipeline, which holds a license with the state of Alaska, or the BP/Conoco-Phillips backed Denali pipeline. Some will tell you that the governor and the legislature failed if the TransCanada line is not the first line built. I disagree.

The ultimate goal of the Governor was to force a pipeline to be built that would get the natural gas that belongs to the people of Alaska to the US markets.

This is where the Governor’s true leadership abilities shine through the din created by the oil companies.

The oil companies promised for 50 years they would build this pipeline. When push came to shove, the oil companies sniveled, whined, complained and basically acted like petulant children.

Here is a list of some of the complaints and excuses that the oil companies came up with to stop the pipeline from being built:

“This project will not be profitable”

“The State government will not give us the permits we want”

“The state government will not give us the leases we want”

“We do not have the high tech engineers that are required”

The excuses continued until Governor Palin stepped in.

With one powerful swift kick from her stilettos, she forced the hand of the oil companies. You need engineers, no problem; we got ‘em. You need to see if the project will be profitable, no problem. One at a time she and her team addressed the issues until there no more excuses left.

She provided competition. One company stepped in and said, Yes, they could make money. Yes, they would be happy to step in and provide the resources, the financing and the determination to complete the project.

The oil companies began to panic. Oh my, COMPETITION?

Suddenly all of their projects that sat stalemated for 50 years began to move. The oil companies began to realize they would lose out on billions in profits if they did not get their tails moving.

Governor Palin has accomplished something that no other governor in Alaskan history has been able to do; she is getting the pipeline built. One, if not all of these companies, will get a pipeline built. If the oil companies drop the ball, TransCanada is still going to move forward.

Governor Palin gave these people exactly what they needed. She gave them a swift kick in the tuckus and told them to get moving or the pipeline would pass them by.

So it does not really matter which of the companies gets their pipeline done first, the pipeline will be done and the natural gas will be flowing to the US markets.

Governor Palin will have accomplished her goal of a pipeline and the people of Alaska are the ultimate winners. That is leadership. That is her job!

As if all of this were not enough, she just provided another swift kick in the tuckus of those folks promising for years to build a pipeline to move the natural gas from the North Slope down to the southern part of the state.

Once again, she and her team have one begun to eliminate the excuses that have been made for years.

Yesterday, with her press conference, and the accompanying legislation, Governor Palin is providing the leadership necessary to get this stalemated project moving.

This is an amazing feat for any person, much less a governor who has been in office for only two years.

Thanks to all of the posters at Conservatives4Palin. If it were not for you guys doing all of this work, I would not have the time to look up all of the information on my own. 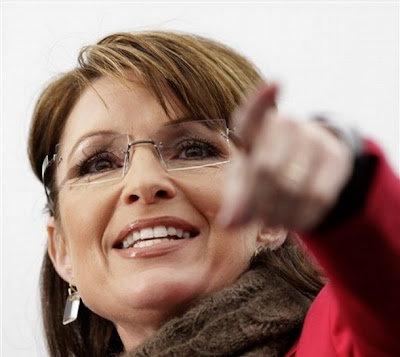