Go ahead… talk amongst yourselves…

By the way, for those of you wondering when your Ziegler DVD will arrive, it appears that he has heard our cry. He writes in his latest email: “those of you who have already ordered the film, you should be receiving your copies very shortly.”

Go easy on the man. He was named one of Olbermann’s “Worst People in the World” this week. See here for details. And for pure comedic relief, check out his interview with Judith Regan.

Piper found it funny too… 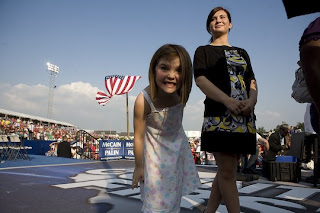 UPDATE by VO: I want to bug Ziegler about my DVD too, but I’ll give him a break. He did slam Andrew Sullivan today. Ziegler also has a diary of his media tour up at Big Hollywood.

Three guesses as to who the Associated Press picked as their Entertainer of the Year.