More on the Left and the Media’s Smears of Palin and the Right; Updated: WaPo suggests Dennis Kucinich in Obama’s Crosshairs

The Left seems to have become unhinged (I know, what’s new?) by Governor Palin’s identification of 20 House Democrats for supporting the fiscal disaster that is ObamaCare. As Senator John McCain said on the Today Show, the Left and the media are twisting Governor Palin’s common political rhetoric to try to bolster their narrative that the Right is using incendiary language and encouraging violence.

I suppose in their world it is somehow dangerous to target those who supported this nightmare for electoral defeat in 2010. The media and the Left are attempting to say that Governor Palin’s use of standard mapping symbols such as crosshairs and circles to pinpoint the location of Congressional Districts on a map is somehow dangerous (Adrienne addressed this topic earlier today). Maybe they want the location of congressional districts to be secret. Or, perhaps, crosshairs have never been used on a map before… 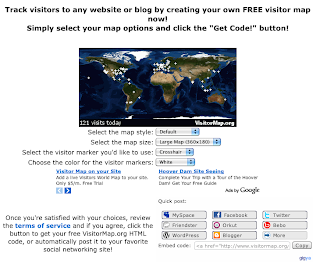 No, that doesn’t fly. Maybe it’s not the image of crosshairs on a map but the use of the word “crosshairs” on a map which is unprecedented…

No, that dog won’t hunt either. Maybe nobody else has ever used the word crosshairs in a political context. Let’s take a look…

Drug Companies Were Called A “Winner” In The Health Care Debate For “Staying Out Of Cross Hairs.” “Drug companies: They signed on early to work with it instead of blocking it, and stayed out of cross hairs.” (“Health Care Reform Vote: President Obama, Pelosi Among Big Winners,” New York Daily News, 3/22/10)

Was then-Sen. Biden talking about violence against American policy here?

The Cornerstone Of American Strategic Policy Is Now In The Cross-Hairs Of The Opposition Party. 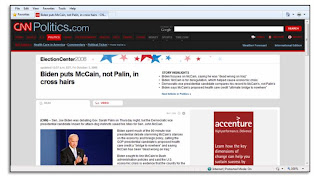 Update: Surely the Left was up in arms when CBS advocated violence against Tom Delay in this piece:

This headline in Time must have resulted in outrage from Pelosi, Hoyer, and the rest of their comrades too, right?

Newt in the Crosshairs

And just last week the Washington Post was clearly suggesting that Obama wanted to shoot Dennis Kucinich with this headline:

Left-wing “journalist” Eugene Robinson must have missed that, despite the fact that he writes for the Washington Post. And, by the way, I don’t recall Robinson or any of his fellow travelers on the left having any problem with Governor Palin being hung in effigy during the 2008 campaign.

Exit Question: Is the left making these absurd claims because they are stupid, afraid of Governor Palin, or both?