Governor Palin is at the Rolling Thunder event in Washington DC today. The AP reports:

Former Alaska Gov. Sarah Palin is rumbling into the parking lot of the Pentagon on the back of a motorcycle as she starts an East Coast bus tour.

Wearing black from head to toe, the Republicans’ 2008 vice presidential nominee stopped at a thousands-strong motorcycle ride from the Pentagon to the Vietnam Veterans Memorial. Palin, who is mulling a White House run, was joined by her family.

CSPAN is covering the event on television, or you can watch it online here.

Update: C4P Contributor, Adam Brickley is also at the event. Some of his photos: 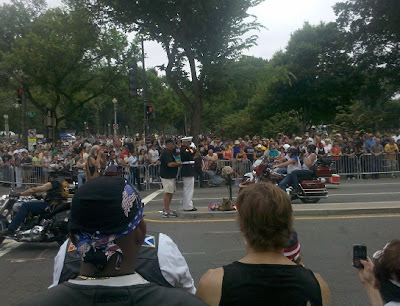 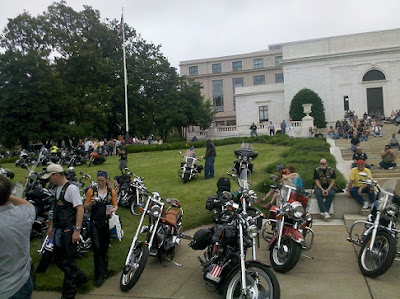 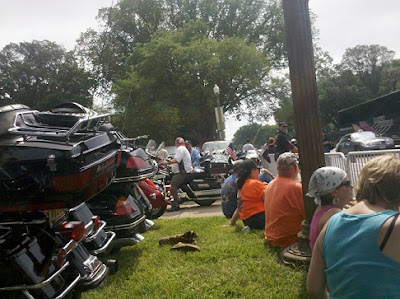