This is nothing short of appalling, via James Pethokoukis:

Republican presidential contender Mitt Romney renewed his support Wednesday for automatic increases in the federal minimum wage to keep pace with inflation, a position sharply at odds with traditional GOP business allies, conservatives and the party’s senior lawmakers. ”I haven’t changed my thoughts on that,” the former Massachusetts governor told reporters aboard his chartered campaign plane, referring to a stand he has held for a decade. …

Congress first enacted federal minimum wage legislation in 1938 and has raised it sporadically in the years since. The last increase, approved in 2007, took effect in three installments and reached $7.25 an hour for covered workers effective July 24, 2009. It has never been allowed to rise automatically, as Romney envisions.

I’ve been making the point for nearly three years that Mitt Romney is not a conservative, and have cited his decidedly liberal positions on a number of issues to make my case.  In so doing, I’ve noted his positions on cap and trade, ethanol subsidies, government health care mandates, appointing liberal judges, and man-made global warming, among others.  But I have to admit that I didn’t know he was for the minumum wage and had been for a decade.

I never suspected Multiple Choice Mitt was this economically illiterate.  Indeed he not only supports the minimum wage, but wants to index it to inflation so that it rises every year, making it progressively more difficult for those who are least employable to get that first job and acquire some marketable skills so they can move up the economic ladder. As I noted in a previous post, those whose skills don’t justify the artificial price floor will be hurt the most by this indefensible gimmick:

At the end of the day, any worker whose cost exceeds his productivity is unemployable. The main economic effect of the minimum wage is to increase the number of those low-skilled workers in this unfortunate position. Entry level workers need these low-paying entry level jobs in order to acquire the skills and experience necessary to increase their productivity. This increase in productivity allows them to eventually seek and hold higher paying jobs commensurate with the increased value they can offer potential employers. The minimum wage is a government-imposed obstacle which prevents this process from occurring. Those who have the greatest need to acquire human capital can’t do so because the economic ladder of opportunity is effectively yanked out of their reach through the unintended, but entirely predictable, consequences of bad government policy.

And where will those unfortunate workers end up?  On that safety net about which Romney spoke yesterday.  There’s no other place for them to go since the minimum wage makes it effectively illegal for employers to hire them.  And Romney thinks this is a great idea.  Indeed he has bought into what has been a pet cause of the left since they’ve been around: Indexing the minimum wage to inflation.  The teenage unemployment rate has been hovering at or near an all-time high since 2009, and if Romney has his way it will remain there in perpetuity. The high positive correlation between rising minimum wages and rising teenage unemployment rates is well known, as I discussed here and here.

And yet Romney is for indexation, thus codifying an automatic increase year after year after year. This will create a permanent underclass of unemployable workers who will be forced into dependency on the government dole…or worse.  This is nothing short of sheer idiocy, but now it’s been endorsed by the frontrunner for the Republican nomination. How can someone with demonstrable contempt for free markets be trusted to defend them? And if Republicans won’t defend free markets, who will? How did the Party sink to this level?

There’s no conceivable way to reconcile Romney’s claim that he’s a conservative with his support for indexing the minimum wage or even supporting the concept of a minumum wage. Price controls don’t work.  That said, I’m sure that Jennifer Rubin and Ann Coulter are busy writing pieces defending the minimum wage as the latest conservative idea. I can’t wait to read them. (Incidentally, just yesterday Ann Coulter p*ssed away what little remains of her conservative credibility when she wrote a piece in which she, incredibly, defended RomneyCare as a conservative program.  Mark Levin destroyed her over that tortured bit of pretzel logic here.) I digress…

Not only does this latest revelation about Mitt make it crystal clear that he’s not a conservative, but it also calls into question his alleged knowledge of economics which, his supporters claim, is why he’s uniquely qualified to rescue the country from Obamanomics. Really? Understanding that price controls like the minimum wage don’t work is Economics 101, folks.  It’s taught in every entry-level economics class under supply and demand.  How can an alleged business genius like the Mittster not understand this?  How can anyone? Since when do conservatives support price controls? I’ve listed many reasons over many months why I can never vote for Mitt, but I never suspected that the self-described “conservative businessman” lacked even a rudimentary understanding of how markets work.  I was wrong.  This now tops my list.

Speaking of Economics 101, I’ll close with this video from the Center for Freedom and Prosperity’s Economics 101 video series, which explains in simple terms just how untenable the whole concept of the minimum wage is.

This is simple stuff.  But apparently far too complex for the Mittster to grasp. Back in 2009 I took a longer, more technical look at the minimum wage.  Go here to read it then come back and try to explain how this nonsense is consistent with free markets.  There are some out there who have been on the fence about whether or not to vote for Romney.  I’m guessing this latest news will push at least some of them off that fence.

This, in my opinion, is the biggest reason to oppose Romney I’ve yet seen.  Even bigger than RomneyCare, which was enough to push me off the aforementioned fence a long time ago.  The Republican candidate is supposed to oppose nutty liberal ideas like minimum wage indexation and government mandates.  Romney supports them. Are there any Mitt-heads out there, any at all, willing to defend this absurdity? If so, state your case.  I’m all ears. If I were one of the non-Mitt candidates searching for a new line of attack, I’d start here and pound it home.

Exit Question: How much more of this kind of stuff has to be revealed before Republicans come to terms with the fact that Mitt is not a conservative? 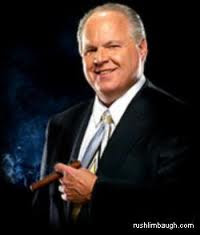 Update III: In Mark Levin’s commentary above, he references Milton Friedman’s analysis of the minumum wage. This is from the 1970s but, contrary to Mitt Romney’s opinion, the laws of supply and demand haven’t been repealed in the interim. Enjoy: