All the Palin news in the mainstream (or what we call “lamestream”) media for the last month or so has been a regurgitation of dead and buried memes about the wisdom of picking former Alaska Governor Sarah Palin as John McCain’s running mate, or about her record. It almost feels like 2009 all over again.

In days gone by, it was Obama’s supporters and various people within his administration who started and perpetuated these falsehoods, perfectly following the instructions in Saul Alinsky’s Rules for Radicals. Since Gov. Palin and Obama are in opposing parties with opposing visions; since Obama was a well-known Chicago machine politician, this behavior – as abominable as much of it was – from his administration and supporters struck me as little more than par for the course. Though I was a relative newbie to the game, I was not naive to the simple fact that opposing parties attack one another.

Talented writers on sites like Conservatives4Palin, Team Sarah, and US for Palin, to name a few defended Gov. Palin’s record and promoted her accomplishments. As the months and years passed (it sure doesn’t feel like it, but we’ve been at this now for close to four years), the amount of time we had to devote to defending Gov. Palin’s record diminished. We were able to move more to a model of focusing on news, accomplishments, and Gov. Palin’s future actions.

Today, Conservatives4Palin has five articles posted defending Gov. Palin’s record and accomplishments – not from attacks by Obama and his supporters – but from our own Republican Party.

McCain on Palin: She Was ‘Well Qualfied’ by Steve Flesher is self-explanatory, just by the headline. Flesher delineated the reasons why McCain picked Gov. Palin in the first instance: loyalty, proven reformer, executive experience, and expert knowledge of energy and energy regulation.

Mary Beth House posted an excerpt and analysis of Whitney Pitcher’s Was Steve Schmidt Qualified to Be McCain’s Campaign Manager? which was originally published at Breitbart. Given that he managed four botched campaigns prior to cursing the McCain-Palin campaign with his odious presence, one could surmise that Schmidt and the equally detestable, but unmentioned Nicolle Wallace were absolutely unqualified to operate a campaign. Schmidt and Wallace of course are the two people in whom Gov. Palin was supposed to place her trust, and who blamed her for the McCain campaign’s loss to Obama. “Even in deflecting blame [Schmidt is] a failure… only succeeding in putting the spotlight on his own incompetence,” House concluded.

Next down the stack, House posted an excerpt of another Pitcher article, Who Is the Real Sarah Palin?, which was also published originally at Breitbart. Pitcher gives a very brief, but effective synopsis of Gov. Palin’s accomplishments: cutting spending, reforming Alaska’s tax system and ethics code, running a surplus, enacting policies that led to two credit upgrades, among others. Gov. Palin’s accomplishments are not exactly classified information. Of course the GOPe knows about them. That’s what they’re afraid of!

House posted an excerpt of Tony Lee’s Media and Political Permanent Class Attempt to Rewrite 2008 Election, which was originally published by Breitbart. Lee’s article discusses the infamous memo to shield Schmidt from blame for the McCain campaign’s loss. 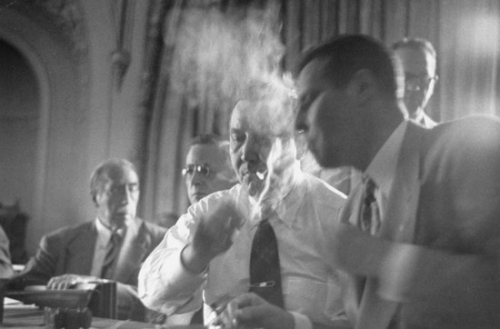 Finally, House posted an excerpt of Stacy Drake’s Past Is Prologue: Reformers Need Not Apply, which was originally published at Breitbart. The headline gives a clue as to the GOP establishment’s (GOPe) hatred of Gov. Palin and why they seek to destroy her. They don’t want a true reformer on the ticket, because that would put an end to their corrupt backroom dealings. Drake explained how Gov. Palin took down GOP corruptocrat Randy Reudrich and how this history motivates the GOPe to want Romney nominated and ensure he has a running mate who will just do what he is told. Hence, all the articles we’ve seen the last month about being sure the presumptive nominee’s VP is not “Palin-like.”

Why Go After Someone Who Holds no Office and is not Running for One?

Let’s consider some key facts. Gov. Palin announced on October 5, 2011 that she was not going to seek the GOP nomination, citing as her two reasons: being shackled and beholden to handlers by virtue of seeking the office and impact on her family. She re-affirmed that announcement numerous times. In her March 12 Facebook Note Let’s Talk About the Real Issues, Mr. President, responding to an Obama attack ad on her Gov. Palin noted that she neither holds office, nor is running for one. Indeed, her name is not on any state’s ballot and there is no Palin 2012 campaign listed with the FEC. In her own words, Gov. Palin does not have any formal organization or infrastructure that would make her a viable candidate. Sorry, the grassroots does not count here. She’s talking about paid professional politicos who have decades of experience in the business and professionals staffing actual campaign offices nationwide. 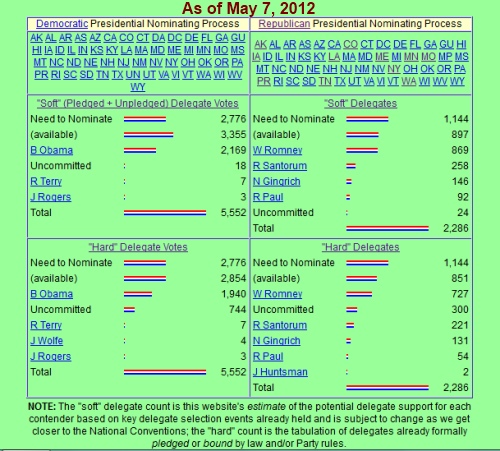 The same question Gov. Palin raised in that Facebook Note about Obama’s attack is even more applicable here. Why would the GOPe expend the time, resources, and money to attack someone who neither holds office nor is running for one? Why does the GOPe perceive an existential threat from this “irrelevant” private citizen? Is Romney not the de facto nominee? After all, according to Green Papers, he has 727 hard delegates, Paul has 54, and the remaining candidates have suspended their campaigns with 350 hard delegates between them. Romney’s soft numbers are 869 – just 31 shy of 900. Why the mortal fear of this “dumb woman” – as the GOPe calls her – when the GOPe candidate has such a commanding lead?

Gov. Palin has spoken about favorably about an open convention, because it would allow more vetting and competition. She said she would answer the Summons there – if summoned, however, she also has no illusions about the GOPe ever approaching her.

Should the GOPe not be training its cross hair on the Paul campaign? After all, he is a declared candidate and he has wrested control of delegates from eight states with possibly more coming. Though his officially reported hard and soft numbers are 54 and 92 respectively, Paul may have 192 or even more delegates. Also, per Rule 38, delegates bound by their states may abstain from voting and no alternate can be selected during the ballot round. Yet, you don’t hear attacks coming from the GOPe on Ron Paul. You hear chirping crickets, while the attack machine goes full bore on Gov. Palin. Why?

Though Romney is the front-runner, he is a weak front-runner. While I expounded on how more than 94% of New York State’s Republican voters did not vote in the 2012 primary, New York is not the only state which suffered a low turnout.

Every human action has a motive. So, what is the motive behind all the GOPe attacks on Gov. Palin? They fear that she will do to them what she did to Reudrich and others of his ilk. They fear that she will do what she has done in every position she’s held: purge and cleanse. As Stephen Bannon said so many times when introducing The Undefeated, Gov. Palin is an existential threat to these people whether she is in the White House or her house in Wasilla.

They fear this, this, and this.

The truth is beginning to come out that Romney is not quite as inevitable as he is cracked up to be. The Tampa convention might not be a coronation after all.

The GOPe is afraid….

Especially of the many things Gov. Palin could do not just now in 2012, but beyond.