I have never seen another industry hold as many award ceremonies to honor itself than the narcissist-class in Hollywood. Most professionals don’t have the low self-esteem required to devote so much time, effort, and money on events for the purpose of patting themselves on the back. To each their own, I guess.

Recently, Julianne Moore was honored at one such event, the “Critics Choice Television Awards,” for her role in HBO’s anti-Palin movie, Game Change. 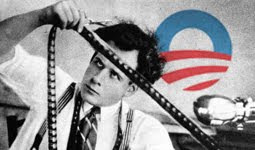 Moore took home a little trophy in the “Best Actress in a Movie or Mini Series” category. Upon receiving her award, Moore stated:

“You can’t give a great performance without a great story. So I thank the Republican Party for fostering such a truly amazing American Story.”

I have some news for Ms. Moore… It wasn’t a “great performance.” Far from it actually. She portrayed Governor Palin’s accent completely wrong (Moore sounded like she was portraying someone from Minnesota), and she didn’t pick up on any character traits or mannerisms that the Governor possesses. Then there’s the fact that Moore played a character in that movie who doesn’t even exist. This “truly amazing American story,” is actually a truly amazing political hatchet job. But yes, by all means, Ms. Moore, thank the Republican Party for your new trinket. Especially the ones who used that “truly amazing political hatchet job” to cover their own behinds after they failed at their jobs. And the ones who stood by and watched silently as those covering their backsides, lied and maligned one of the people representing their party on a national ticket. Moore owed them a thank you.

Now that she has been given her first award for misrepresenting Governor Palin (in every aspect) to millions of Americans, she is being called “the ‘get’ star.” From Randee Dawn at the LA Times:

[W]hen HBO, Roach and Strong approached her about playing Sarah Palin in “Game Change” — a movie based on a portion of the book of the same name by John Heilemann and Mark Halperin — the opportunity was impossible to resist. At least, in the first few seconds.

“I got a phone call saying, ‘They just offered you Sarah Palin, and can you talk to Jay,’ and it all happened really fast,” recalls Moore, a leggy fair-skinned redhead who does not, initially, call to mind the rogue Republican 2008 vice presidential nominee. “So I kind of said yes before I really thought about it. My first thought was, ‘OK!’ and my second thought was, ‘Oh, no! I really, really, don’t know how to do this.'”

And she never figured it out… Dawn continues:

Capturing any real-life individual on film is one thing; when she’s still living is yet another; when she’s as polarizing as the former Alaska governor is — and you’re part of the “liberal Hollywood elite” — it’s on another plane altogether.

At least the writer had the decency not to insult her reader’s intelligence by suggesting that Moore is anything but a left-wing elitist. But Hollywood can cloud one’s vision of reality, and it certainly did in this instance. Moore didn’t capture anything remotely close to the real world, or a “real-life individual.” The writer states:

Moore in many ways is the polar opposite of Palin: Committed to LGBT rights…

Stop right there… No, Governor Palin doesn’t support gay marriage, but she certainly supports the rights of every American. The left has trouble discerning the difference between rights and privileges though, don’t they? Trust me, if Governor Palin was the “polar opposite” of someone who supports the “rights” of gay people, she wouldn’t have the support she does have from the non-left-wing “LGBT community.”

If anyone from the LA Times is reading this, I implore them to email me at stacy@conservatives4palin.com so I can put you in touch with some of the numerous gay Palin supporters that I know. It would probably make an interesting article.

The article goes on for a long time about how they got Moore to look like Governor Palin using makeup and dress. Then it goes on to discuss how excited all of the Obama fundraisers who made the film were when Moore put on the wig and glasses. Danny “Victory Fund” Strong stated:

“Other actors are essential in the piece, but the whole film rode on her performance. If Sarah Palin didn’t work in the film, the film was not going to work.”

Gee, I wonder why that is? The book wasn’t even about her, but the movie certainly was. And it certainly was (in the planing stages anyway) about the election in 2012.

The next part of the LA Times article is where it gets interesting. Dawn writes (emphasis):

Moore’s out-of-the-park performance surprised many viewers not only because she was spot-on with her characterization but also because she tapped into the emotional well she and Roach were aiming for, creating a level of empathy for Palin that gave her a common humanity among even her detractors.

These people put together an entire movie to trash Governor Palin’s character; they LIED about her having a nervous breakdown, and then claim they were actually “creating empathy” for their victim. If this movie created any empathy in people for Governor Palin, I would hate to see what their opinions of her were before they saw the movie.

This isn’t the first time someone has been awarded for attacking Governor Palin, and it probably isn’t the last trinket Julianne Moore will receive from her industry for doing the party’s dirty work. They will continue to perpetuate their lies, while lowering their standards to honor the talentless and agenda-driven.