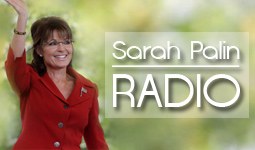 Former Navy SEAL and Navy Cross recipient Marcus Luttrell recounted with LaDonna Hale Curzon, Host and Executive Producer, Sarah Palin Radio the horror of losing his entire SEAL team in an ambush during a covert mission in Afghanistan to take out a Taliban terrorist leader. His Number One best-selling book, Lone Survivor, that details the operation, which is currently being made into a major motion picture by Universal Studios.

Luttrell’s new book Service reveals new information about his incredible rescue in Afghanistan and continues with his return to the battlefield as part of SEAL Team Five, where he engaged intense urban combat in Ramadi, Iraq in what is described as “the greatest victory in the history of U.S. Special Operations.”

Luttrell reflects on what it means to put your life on the line and about the men he saw die for our country.