Chuck Heath, Sr. and Chuck, Jr. encountered family and friends at many of the Our Sarah book tour locations, and everywhere they went they made others feel like family and friends. Now, this adventure in the Lower 48 has come to an end. They have had the experience of a lifetime, and we have certainly enjoyed vicariously accompanying them on every stop. After a schedule that took them to a plethora of states, the last of which was Washington State, the Heaths are headed back to the great state of Alaska. I miss them already.

This is a picture from our signing tonight. These are some of our relatives that showed up: Greg and Brandi Jones, Kate and Tom Johnson… not pictured are my Uncle Ron and Aunt Colleen Jones. We also had friends show up from as far away as our old hometown of Skagway, Alaska (thanks Fred and Kathy Hosford).

This is a bittersweet post for us. We just finished our final book signing in the Lower 48, here in Richland, Washington. Dad and I are physically and mentally exhausted from three weeks on the road. We’ve crossed the country, met some incredible people, done over fifty interviews, and along the way, we’ve become closer as father and son than ever before (even though there have definitely been times when we wanted to strangle each other). After all of our adventures, a big part of us doesn’t want it to end. We still want to get out to other places to share our adventures in Alaska and our time with Sarah, but we have families that we miss very much waiting patiently for us at home.

We’re not completely done, though. We will be returning to Alaska late tomorrow night, and then we’ll head out to Wasilla, Friday, to do another interview with Fox and Friends (from Sarah’s little studio) at 3:00am! If you watch it Saturday morning, I’ll be the guy with the dark bags under my eyes and dad will be the guy mumbling incoherently beside me. Just joking dad… sort of.

Today was a very busy day for us. Besides the book signing in Richland, we also did three radio and two television interviews. They all seemed to go well, but you never know how they’ll come across. We also had dinner with my uncle, Ron Jones, his wife, Colleen, and his son Greg and wife Brandi. As usual, our time with family was too short.

I just want you guys that are following us to know how much we appreciate you. Your comments gave us the fuel we needed to keep going when we were bone-tired. My favorite part has been hearing from people at the book signings that have actually read the book and told me how much they enjoyed it. That’s so nice to hear. I know that dad and I are not a couple of Tolstoys, and we didn’t pretend to try to be like that when we wrote the book. We wanted to tell our stories in the same way we relate them orally to our friends.

We’ll keep plugging along and we’ll try to get our book in people’s hands, despite getting little or no help from the mainstream media. Besides the stories about Alaska and Sarah, everyone should hear the stories about the way the media can try to destroy a good person’s character.

Thank you again for all your support, and at the request of a lot of you out there, we’ll keep posting entries from Alaska, just not as many.

As dad always says when leaving his friends, “We’ll see you on down the trail.” 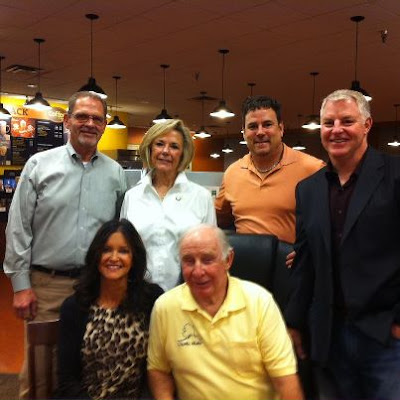 UPDATE: Chuck, Jr. posted the following comment and picture of Governor Palin on Facebook. You’ll have to turn your computer sideways :).

Just like Sarah in this early picture, we are about to cross another hurdle on our long trip back to Alaska. 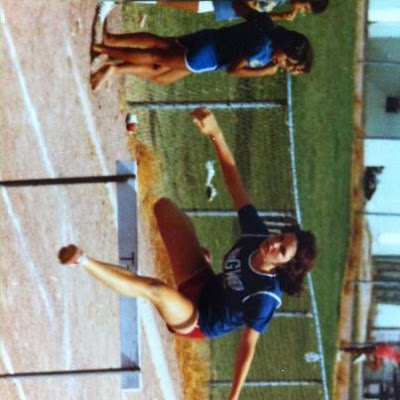