Our Sarah – On the Road to Idaho

It was an extra early start to the day for the Heaths. There’s nothing like traveling the country and being received with appreciation and gratitude, as Chuck, Jr. and Sr. have been, only to awaken to news that snark abounds in the media back home. It reminds me of the following Scripture:

But Jesus said to them, “A prophet is not without honor except in his own country, among his own relatives, and in his own house.” –Mark 6:4

Lest I be misunderstood, I’m not calling the Heaths prophets, but the principle applies, as we’ve seen in the manner in which Governor Palin has been treated. Of course, the Heath and Palin families have plenty of support in their own state. Some members of the media and some other operatives there, however, could learn a thing or two from those supporters. One of those Alaskans should definitely send the local paper a copy of Our Sarah, and throw in The Undefeated for good measure!

Here’s a picture from the big game yesterday. Not the best quality but it gives you an idea how close we were to the field. Both teams played great but Indy had a little “Luck” on their side, if you know what I mean.

I got a wake-up call at 4:00am this morning from a friend in Alaska (thanks, Jeff… grrrrr) telling me that the local paper wrote something snarky about our book/tour. Nice way to wake up. I’m still waiting for them to write a story about all of the positive things Sarah has done for Alaska; especially the economic impact of opening peoples eyes to our beautiful state and all that it has to offer. I won’t hold my breath on that one.

We are sitting in the Indianapolis Airport right now watching a beautiful sunrise. We didn’t have to see the sunrise, but you know dad… he insisted on being here two hours earlier than we needed to be.

Our driver this morning, Darrell, ended up being a big Sarah fan and recognized us from our Fox interview yesterday. Darrell is a ballroom dancer and he said that Bristol’s appearance on DWTS has exposed many people to that genre. I know that was the case with our own family and friends.

There’s a CNBC Store about fifty feet from where I’m sitting. They carry most of the newly released books but ours isn’t in there. hmmm…

We saw Peter Schweizer and Steve Bannon speaking on Fox and Friends this morning about illegal campaign contributions. They were backing up what Sarah wrote about a couple of days ago. If you don’t know about these guys, Peter is the guy who wrote the book, “Throw Them all Out” which exposed politicians who got rich through inside Wall Street trading tips, favors, etc. Steve was the producer of the movie, “The Undefeated”. Both of these guys are brilliant, and I interviewed with Steve last year.

Okay. We’re off to Minneapolis for a layover… my first time back since the 2008 Convention. Wow, lots of great memories there. Then we’ll head to Spokane, Washington and drive to Couer D’Alene, Idaho from there. 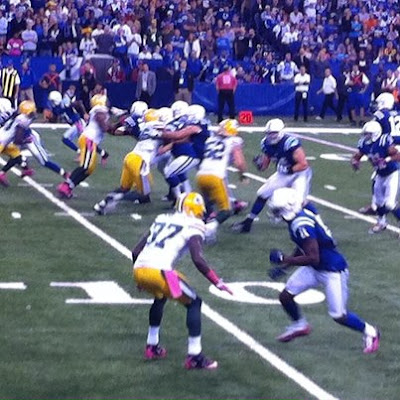