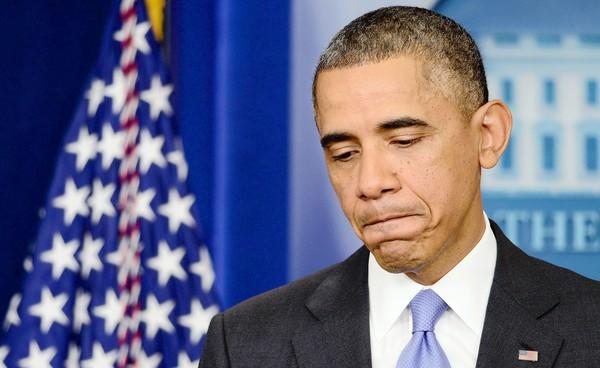 They’re still pulling the wool over some eyes, friends. So let’s call them out yet again. I was recently interviewed on Fox News Sunday. One question I answered was prefaced with the supposed “fact” that “30 million MORE people will be covered by Obamacare.” That statistic is about as credible a promise as “if you like your health care plan you can keep your health care plan.”

Obamacare is presently hitting people who buy insurance on the individual market because they may not receive health coverage through their employers. It’s hurting millions! But you ain’t seen nuthin’ yet. Just wait until the Obamacare employer mandate kicks in next year. As I told Fox News Sunday, despite what the White House and media report, tens of millions more Americans are set to lose their employer provided insurance plans. The ramifications of this WILL fundamentally transform America.

The article linked today at the top of Drudge confirms my point, which is significant because my point was mocked until this article confirmed it. Headline: “Almost 80 million with employer health care plans could have coverage canceled, experts predict.”

Companies that provide health insurance plans that aren’t compliant with new burdensome Obamacare mandates will obviously decide it’s cheaper to dump employees into the government-run Obamacare exchanges and pay the penalty than try to provide an expensive Obamacare-approved plan.

No one in America will be left unscathed by Obamacare. Please trust me on this. The media can repeat all the bogus White House stats they want about false claims like the individual mandate “only affects 5% of the public,” but they can’t change reality – NUMBERS DON’T LIE – and America is about to get “mugged by reality” very soon, to paraphrase Irving Kristol.

Far from providing more Americans with insurance, Obamacare is ironically hurting the very people it was sold to as some kind of health care savior. More people will choose to pay the IRS penalty and go without insurance because they can’t afford the increased rates slamming them, plus they now have fewer options in this one-size-fits-all expensive bureaucratic exchange which forces people to buy coverage for things they don’t want nor need. We’re talking about one-sixth more of our economy controlled now by big government, remember.

Do not forget that Obamacare contains health care rationing. When I warned America about “death panels,” I was denounced as a liar. But now the reality of “death panels” is openly admitted, even touted by some liberals as their solution. Just yesterday yet another prominent liberal media lapdog joined the chorus in finally admitting that death panel-style rationing is “built into the plan. It’s not like a guess or like a judgment. That’s going to be part of how costs are controlled.” This guy and his ilk need to apologize to all of you, NOW, who knew what I was talking about, repeated my warnings, and were mocked and criticized for it. (Don’t hold your breath.)

The truth is the “enlightened ones” knew all along that rationing was in the plan. They were angry with me for saying it out loud. The twin pillars of Obamacare have always been redistribution and rationing. Take away one of those pillars and the whole thing crumbles. That’s why Obamacare is doomed. You were smart enough to know that, while they were arrogant enough to keep up a deceitful ruse until their White House control was guaranteed. They’re busted now, though. And that’s why they’re scrambling to distract you and hope you won’t realize how enormously important upcoming elections are to save our economy.

The redistribution aspect will be Obamacare’s undoing. Not enough young or healthy people will apply for Obamacare because it’s simply unaffordable. It makes NO economic sense for them to voluntarily sign up. They’ll choose to pay the IRS fine instead. This will bankrupt the whole Ponzi scheme, which is premised on young and healthy people paying for those who are sick or have pre-existing conditions. And when Obamacare fails, the left will push to have us move to full socialized medicine under a so-called “single payer plan.” This is exactly what Barack Obama touted as a candidate, as did many of his bureaucratic appointees, but the media glossed over that all these years.

Friends, the only way to fix Obamacare is to scrap this stuffed turkey and start over with genuine free market, patient-centered reforms that allow people to purchase insurance across state lines, enact tort reform, and give individual insurance buyers the same breaks we give employer provided insurance. And we need to elect leaders who will fight for us to get it done.

Keep all of this in mind this week as we break for Thanksgiving. Be warned the White House is arming leftist supporters with “talking points” to try to convince family and friends around the Thanksgiving table that Obamacare is the greatest thing since sliced pumpkin bread. You should politely let them know you’re not swallowing that turkey.

Thank you for doing your own homework, for trusting the truth I’ve expressed, and for refusing to let the “enlightened ones” keep America in the dark.

Here’s the article linked at the top of Drudge today:
http://www.foxnews.com/politics/2013/11/26/evidence-shows-obama-administration-predicted-tens-millions-would-lose-plans/