Sarah Palin and Dinesh D’Souza spoke to a crowd of over 2,000 at the United We Stand event at Grand Canyon University.  The event was sponsored by local radio station ‘The Patriot’ 960.

Conservative author, News Editor for TownHall.com, and Arizona resident, Katie Pavlich was on hand to emcee the event.

Obama “is making a ferocious moral attack” on the U.S. and free markets, employing the idea that America’s success “is stolen,” D’Souza said. “. . . If it’s stolen, it belongs to someone else, and you have to give it back.” Americans haven’t realized what Obama is up to because his goals are passed off as “social justice,” but the threat is more direct. Progressives, D’Souza told audience members, “want to take half your wealth” to redistribute. (The WandererPress.com)

No sooner had he said this than thunder rattled the enclosed arena and the lights went off. D’Souza ad-libbed that he’s a master of special effects. Lighting quickly was restored with back-up power. “Never concede the moral high ground” to leftists, D’Souza continued, adding that they should be attacked not only in order to protect freedom “but on the grounds of justice (TheWandererPress.com)

Obama produces resentment. He is not so much a community organizer. He is a resentment organizer. #UnitedWeStand #teaparty"

“We’re getting immigrants who have the character of Obama now.  Someone who just wants to ride on the bandwagon.”

I am in Row 6! Dinesh just rocked it out and Sarah Palin is up next! #unitedwestand

As former Republican vice presidential candidate Sarah Palin triggered thunderous applause at Grand Canyon University Arena with her call to Americans to seize control of their own political ideology, she also took a moment on Thursday night to recognize the spot where she stood.

Palin thanked GCU for opening its doors to her evening of patriotic political conversation, which was organized by 960 The Patriot, in the newly expanded Arena where she knew “Thunder Dan” Majerle coaches Lopes basketball. She said she was pleased to be on a private, Christian campus where many people echoed her values — and that she hoped American politicians of all types would find their purpose as so many GCU students do each year. (GCU News Bureau)

Ticking off a list of troubles that the United States is told it can’t cope with, Palin included the inability to secure the border, balance the budget, and stop Obama’s prying Internal Revenue Service. “The reason that they’re doing it is to wear you out, America,” .. “Don’t fall for that!” (TheWandererPress.com)

With terrorists “promising to raise the flag of Allah over the White House,” the answer should be, “We win, they lose,” Palin said. “. . . That dithery, murky, weak kind of foreign policy that we have, that’s no strategy.” (TheWandererPress.com)

“Obama’s impotent because he pulled out early (of Iraq).  He told our enemies our planned action.”

“George Washington said the way to secure peace is to be ready for war.”

“Obama, back away from the golf cart and handle the threats.”

Palin called for the kind of politicians who’ll impeach Barack Obama as she neared the conclusion of her remarks. 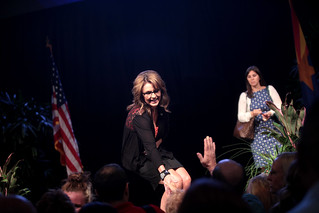 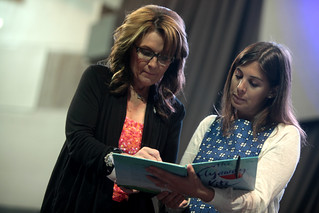 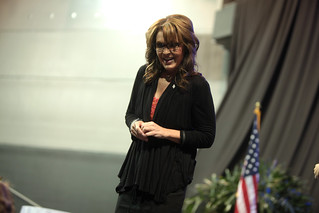 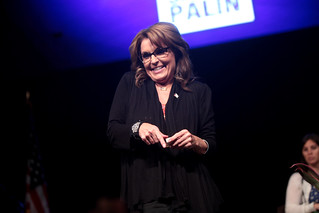 It's a tough job but someone's gotta do it #unitedwestand pic.twitter.com/kdcDAJzqkj