The Consequences of Playing Nice with Evil 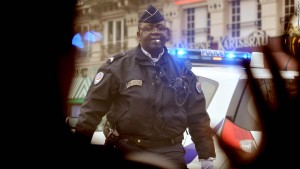 The first thought I had upon hearing about the horrific Islamic terrorist attacks in Paris was that this is the result of playing nice with evil. In an episode of The Andy Griffith Show, Deputy Barney warned Sheriff Andy to “nip it in the bud” when dealing with lawbreakers. Paris’s government foolishly refused to nip the spread of radical Islam in the bud. Quite the opposite, radical Islamists were allowed to take over entire neighborhoods, in which all who enter must conform to sharia. French police will not enter without sizable reinforcements. Paris’s government tolerated this nonsense to prove they are not racist; politely allowing invaders to take over their homeland – putting the lives of Parisians at risk. The deaths of over 100 Parisians is closely related to their government insanely submitting to political correctness – playing nice with evil.

My second thought was, what are the gun laws in Paris? My wife Mary informed me that Parisians are restricted from having guns. Thus, the Islamic devils knew they were free to play God. The youths in that concert hall were totally at the mercy of the terrorists, who were free of concerns of facing armed resistance. Void of humanity, the evil terrorists freely executed helpless youths.

Obama and his media minions seek the same senseless vulnerability for Americans, leaving us unarmed at the mercy of criminals. Criminals do not obey gun laws because they are criminals. Duh! Therefore, Obama’s coming gun grab will only disarm the good guys. 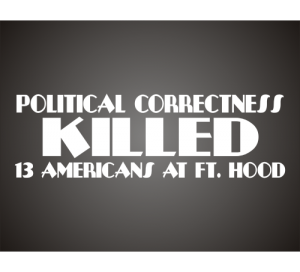 Obama, wimpy Republicans, and citizens intimidated by PC are all guilty of playing nice with evil. Their mindset has gotten our country into the mess it is in today. From calling the Ft. Hood terrorist attack “workplace violence” to rushing to Mirandize the Boston bomber to insisting on allowing 10,000 Syrian refugees into our country despite the House voting against it, Obama persistently plays nice with evil. This issue of blocking Obama from irresponsibly allowing likely terrorists to enter our country is such a commonsense no-brainer that 47 typically Obama sycophant Democrats sided with Republicans.

By the way, contrary to Obama’s insidious lie that the majority are widows and orphans, 72% of Syrian refugees are young men. It infuriates me that this administration lies and seeks to deceive us at every turn. But I digress.

As I stated, wimpy Republicans have also played a role in our country’s cultural and moral decline by embracing the left’s lies – playing nice with evil. Many Republicans foolishly believe that lowering standards and principles is the only way to win votes in the “new America.” 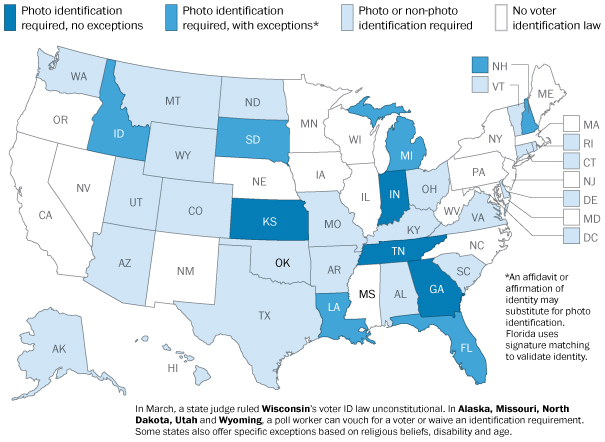 For example: wimpy Republicans have backed off the commonsense requirement of all Americans showing a photo ID to vote because Democrats claim African-Americans perceive it as racist and offensive. Having to show an ID to vote hinders voter fraud, for which Democrats are notorious. Pure and simple. As a black Republican, I find the assumption that blacks are too stupid to find their way to the DMV to acquire a photo ID extremely insulting and evil. Fearful Republicans are willing to play nice with Democrats and MSM evil assumptions regarding blacks.

U.S. colleges are a mess because spineless administrators are playing nice with evil, allowing spoiled-brat students and Black Lives Matter thugs to take over their campuses. BLM thugs stormed a college library and harassed white students. Rather than lowering the boom on the thugs, the college administrator sided with the BLM thugs, sheepishly playing nice with evil.

Far too many school boards are playing nice with evil, disrupting the lives of a majority of students to provide special concessions for one or two sexually confused students. Remarkably, a teacher was fired for refusing to call a 6-year-old girl by her new transgender male name blessed by her homosexual male parents. 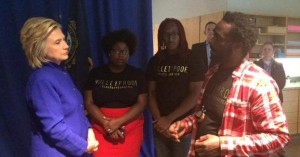 Not only are Democrats and mainstream media playing nice, but they are actually supporting the evil Black Lives Matter movement despite BLM telling their minions to kill cops and white Americans.

Sanctuary cities are another example of city government (Democrats) playing nice with evil by refusing to enforce immigration laws. These arrogant cities provide aid and comfort to those entering our country illegally, even those with multi-felony records. Senate Democrats continue to block Kate’s Law, which protects Americans from dangerous criminal illegals. Democrats will not upset their apple cart of attracting illegals, whom they view as future Democrat voters.

Democrats and the mainstream media are playing nice with off-the-chain evil. They protect Planned Parenthood, which is running a dead baby body parts chop-shop for profit. Clueless blacks do not realize that PP specifically targets black babies and receives $500 million of taxpayer funds annually. In essence, the U.S. government is funding black genocide. Do you see why I could care less about idiot relatives who give me the cold shoulder at family events for my political views? 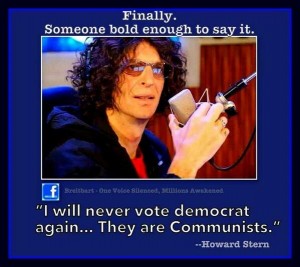 Folks, the Democratic Party is the perpetrator against God and country, relentlessly promoting evil.

I am encouraged that more and more Americans are fed up, beginning to push back.

Sharia law forbids drawing Muhammad. Islamists seek to enforce sharia in the U.S., overruling our Constitution. A California school board in one of America’s smallest school districts refused to surrender to Islamist dictates, refusing to play nice with evil. They voted unanimously, 5-0, to allow students to choose to draw Muhammad or not. That’s what I am talking about, folks.

Though faint, the sweet smell of renewed freedom is always refreshing and a source of hope.